We’re honored to announce that Revelator is part of a new video art piece Mark Lewis: Galveston, now open at The Contemporary Austin. Revelator recently partnered with The Contemporary Austin and artist Mark Lewis to produce the brand new video art piece for Mr. Lewis. The piece, which was shot on location in Galveston, Texas, is currently on display at The Jones Center in Austin.

Mark Lewis is a Canadian visual artist, now based in London, who makes short, non-narrative films that focus on the urban environment. Lewis has been working with film based installations since the mid-1990s. His films feature slow, gliding camerawork and often highlight urban architecture and infrastructure from unexpected viewpoints. In the past he has featured cities such as Beirut, London, Paris, Sao Paulo, and Toronto in his work. For his latest piece, he turns the camera on Galveston, Texas. 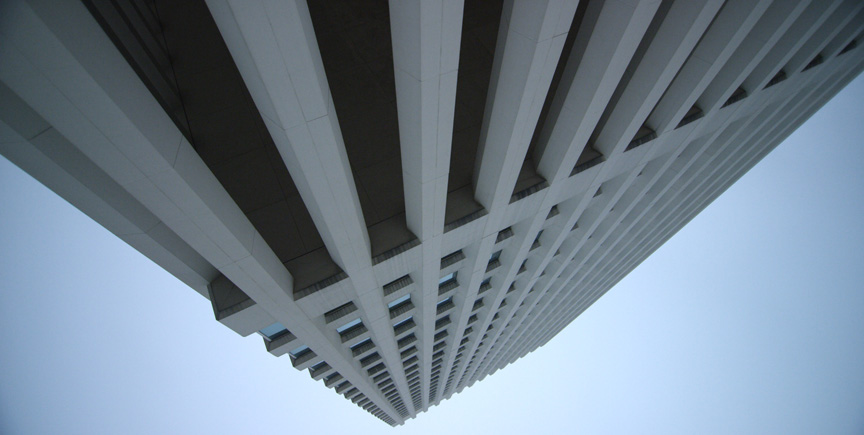 Mark Leiws has had solo museum exhibitions at the UBC Fine Arts Museum, Vancouver, Vancouver Art Gallery, Hamburger Kunstverein, Musée d’art moderne (Luxembourg), BFI Southbank (London), and the National Museum of Contemporary Art (Bucharest, Romania). His work is in many collections including the National Gallery of Canada, Museum of Modern Art New York, Musée d’art contemporain de Montréal, and the Centre Pompidou (Paris). From 1989 to 1997 he lived in Vancouver becoming part of the burgeoning photoconceptualism scene of the Vancouver School.[4] Much of his work focuses on the technology of film and the different genres which have been developed in over 100 years of film history. His films are often short, precise exercises on particular techniques. He is co-editorial director of the publisher Afterall, which produces a journal of contemporary art and a series of books and readers. It is published in London, Antwerp and Seville.

Mark Lewis: Galveston is a visual study of the complex history of the city. The center piece and main focus of the film is One Moody Tower, an iconic white skyscraper that is visible throughout most of the city. “I like the way the building stands like a ‘promise,’ of a future that might still happen but as of yet has not arrived,” Lewis says, “suggestive in some way of how the building might be thought of as a beacon of modernity.”

Lewis uses a combination of steadicam video footage and 3-D animation to create a unique perspective on the building, descending down the side of the building before flipping upside down and moving out through the streets of the city. But no matter how far the camera travels away from the building, it is always still visible in the distance. As the Contemporary notes “The film focuses on modernist architecture’s pure formal qualities—and by association its attendant utopian ideals—contradicted by the struggling economic conditions visible in the streets.” 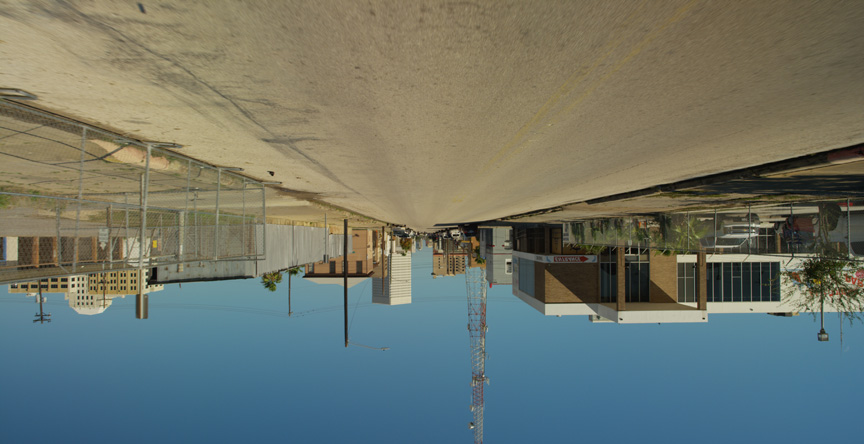 On view at the Betty and Edward Marcus Sculpture Park at Laguna Gloria
Lionel Maunz: Discovery of Honey / Work of the Family
February 18 – May 14, 2017
Anya Gallaccio: to see if time was there
April 2, 2017 – Ongoing