You might have noticed a familiar face in one of the film industries leading blogs during the flurry of coverage over this year’s Sundance Film Festival. Miramax invited Revelator’s Head of Production, Chris Ohlson, to be a guest blogger during this year’s festival. Chris is the producer of a film in the Dramatic Competition, Kumiko, The Treasure Hunter.

Miramax published a week’s worth of guest bloggers, but chose Chris to kick off the special coverage. Chris was more than happy to discuss one of the early Miramax films that had a tremendous influence on him and his life as a filmmaker: The Cook, The Thief, His Wife, and Her Lover.

Be sure to head over to Miramax’s site to read how Peter Greenaway’s film played a role in our Head of Production’s future, and check out all of the terrific guest bloggers while you’re there. Also, look at that handsome devil in this lil’ screen grab… 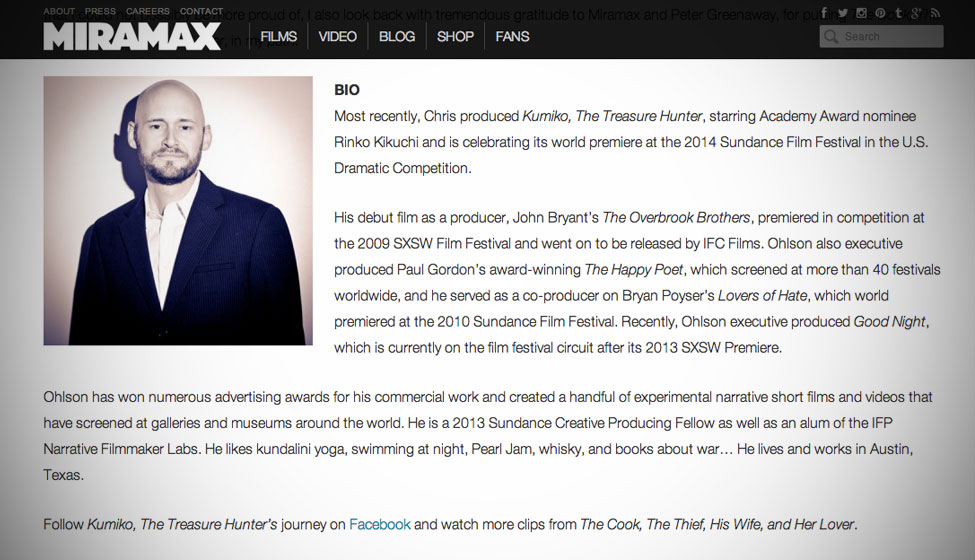 You can read more about Revelator’s involvement with the Sundance Film Festival here.