We couldn’t be more excited for the upcoming hometown premiere of our film Mr. Roosevelt! The national theatrical run for our Audience-Award winning (SXSW) film “Mr. Roosevelt” starts with a hometown Austin premiere this week at the Alamo Drafthouse, with writer/director Noël Wells! Produced with our friends at Beachside Films, the pic’s theatrical run goes nationwide in November, with openings in Los Angeles on Nov. 17, and New York on Nov. 22, with additional cities to follow! Watch the trailer above and check out screening times and ticket info for the Austin Premiere or your local theater.

Paladin acquired Mr. Roosevelt, which stars the former Saturday Night Live regular Noël Wells in what is also her directorial debut. The film won the Audience Award and the Louis Black Lone Star Award at SXSW this year, and is now set for a run in theaters this fall, and Netflix has also acquired worldwide streaming rights and will launch it later this year.

Wells plays Emily, a talented but hard-to-classify comedic performer who left behind her home and boyfriend to pursue career opportunities in L.A. When a loved one falls ill, she rushes back to Austin where she’s forced to stay with her ex-boyfriend and his new-and-improved girlfriend, a totally together woman with a five-year plan. She is forced to question everyone’s values: are they sell-outs or have they just figured out what makes them happy? And is she following her dreams or is she just a self-absorbed loser? Nick Thune, Britt Lower, Daniella Pineda and Andre Hyland also co-star in the hometown comedy. Beachside’s Michael B. Clark and Alex Turtletaub produced with Revelator’s own Chris Ohlson, with Wells as a co-producer.

You can also marvel at our beautiful new poster below, and be sure to check back for more video production and film news from Revelator very soon! 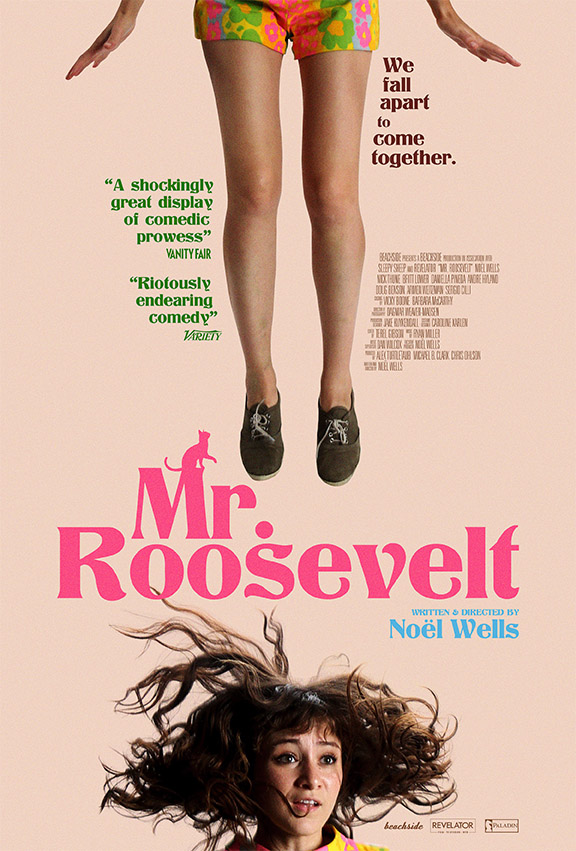